Save up to $700 with Viva’s introductory pricing when you purchase a three (3) session Fraxel Series by February 28, 2023.

Fraxel is also FDA approved to treat melasma associated with pregnancy, female hormonal activity and select medications. It is most commonly used to treat skin concerns on the face, neck, hands chest and hands. Best of all, this non-ablative laser resurfacing treatment is highly effective at delivering excellent results with minimal downtime, discomfort or side effects.

Ready for smoother, healthier, younger looking skin? Schedule a Fraxel Dual treatment in Austin at Viva Day Spa + Med Spa at the Domain Northside today. Or request a complimentary consultation with Viva’s medical team to find out if Fraxel laser therapy is right for you.

How Does Fraxel Work?

Viva Day Spa + Med Spa offers non-ablative Fraxel Dual laser treatments in Austin. It targets aging and sun-damaged skin with microscopic laser columns (in a grid) that penetrate deep into the skin and create tiny, micro-injuries. This targeted damage activates your body’s natural healing process and stimulates collagen remodeling and the growth of new, healthy skin from the inside out.

Unlike ablative lasers that remove the top layer of skin, Fraxel Dual treats only a fraction of tissue at a time and leaves the healthy tissue (not touched by the laser) intact. This fractional approach to laser skin resurfacing promotes very rapid healing of the outer skin layers.

What Can Fraxel Dual Do For My Skin?

What Is Fraxel Dual Resurfacing? Fraxel Dual laser is the type of non-ablative laser commonly found at dermatology practices and medical spas. It features two lasers (1550 and 1927) with different wavelengths in one device. The 1550nm wavelength goes deeper into the skin (up to 1.4mm) to target wrinkles, uneven texture, pore size, and acne scars. While the 1927nm wavelength treats the superficial layer of skin to target pigmentation, fine lines and sun damage.

Fraxel was the first non-ablative fractional skin resurfacing treatment on the market. It is part of the portfolio of aesthetic medical devices from Solta Medical, the maker of Clear + Brilliant.

Fraxel is safe and effective for all ages, textures, tones, and Fitzpatrick skin types. Widely considered the gold standard of non-ablative laser skin resurfacing, the Fraxel Dual 1550/1927 Laser is the only technology that is FDA-cleared for the following:

When Will I See Results?

You will see results immediately post-treatment, with continued improvements over time. Shortly after your first Fraxel treatment, your skin will look brighter, appear smoother, have a more balanced tone, and feel softer. Over time, your skin will continue to produce new collagen. Optimal results are usually visible in 2 to 3 months, but the skin can continue to gradually improve for up to a year. Before and After Fraxel Dual | 1 Month Post Receiving 2 Treatments Fraxel Before And After | 2 Weeks After Receiving 1 Treatment 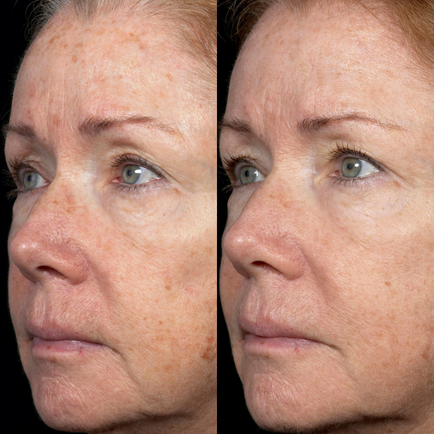 Fraxel Before And After | One Month After Receiving 2 Treatments

How Much Does Fraxel Laser Cost?

The price of Fraxel laser resurfacing depends on the areas treated and number of sessions. The cost of Fraxel in Austin, Texas ranges from $900 to $1200 per session at Viva Day Spa + Med Spa. For optimal results, a series of three treatments is recommended.

How Many Fraxel Treatments Will I Need?

The number of Fraxel laser resurfacing treatments you will need depends what you are targeting. On average, patients typically need three to five Fraxel sessions to achieve optimal results getting rid of wrinkles, erasing pigmentation, and addressing scars. Deeper wrinkles may require more treatments. We will schedule your appointments based on your skin’s response to the fractional laser treatment. Sessions are most commonly spaced four to six weeks apart.

How Long Do Fraxel Results Last?

The changes in the epidermis and collagen stimulated by Fraxel skin resurfacing are permanent. However, the aging process, gravity and sun damage will continue to affect your appearance over time. Fraxel treatments help “hold back time.” Results are long-lasting, but will vary depending on a person’s age, lifestyle, original skin condition, and home skincare routine.

Fraxel Treatment: What To Expect

Before Your Fraxel Treatment

All patients at Viva Day Spa + Med Spa will receive a comprehensive, complimentary consultation with the medical staff prior to scheduling Fraxel laser skin resurfacing. They will review your medical history and the medications you are currently taking to rule out any contraindications. It is also important to understand your skin care and sun care routines.

For optimal results, accelerate healing, and minimize your risk of complications you should:

During Your Fraxel Laser Treatment

You’ll be in the experienced hands of professional laser technicians for your Fraxel laser surfacing treatment at Viva Day Spa + Med Spa. Please arrive at your appointment make-up free (lip balm and sunblock are okay). After a thorough cleaning the patient’s skin, it will then be treated with a topical numbing anesthetic for approximately 60 minutes.

Here’s what to expect during a Fraxel Dual treatment for the face. First, your provider will determine the ideal fractional laser setting for you. Next, she will run the Fraxel laser handpiece over your face, making two to three passes over each treatment zone (forehead, nose, cheeks and chin). Multiple passes ensure that your skin receives a consistent, even treatment.

Most patients describe feeling a warm, prickly sensation as the laser moves across their skin. The feeling of heat intensifies with each additional pass. However, numbing cream and the cooling system (integrated into the Fraxel handpiece) make the intensity of this fractional laser treatment feel only mildly uncomfortable for most.

Recovery After Your Fraxel Treatment

Plan for a few hours of social downtime after your treatment. The most common side effects after a Fraxel Dual treatment are redness, swelling and slight discomfort (warmth and tightness). Some patients describe feeling like they have a sunburn. Swelling is minimal and typically subsides within a 1-2 days, while redness usually fades in 2-3 days post treatment.

Your skin will feel dry and might also peel or flake. Many patients describe their skin as having a “sandpaper” texture a few days after a Fraxel laser treatment. This is the treated tissue slowly making its way out of your body to make room for new, freshly regenerated skin cells. Dead skin will begin sloughing off 3-4 days post-treatment. Your skin should be a rosy pink glow by 5-7 days after your Fraxel session.

Some patients might also experience a minor breakout of whiteheads or milia due to rapid turnover of skin, but this is less common. 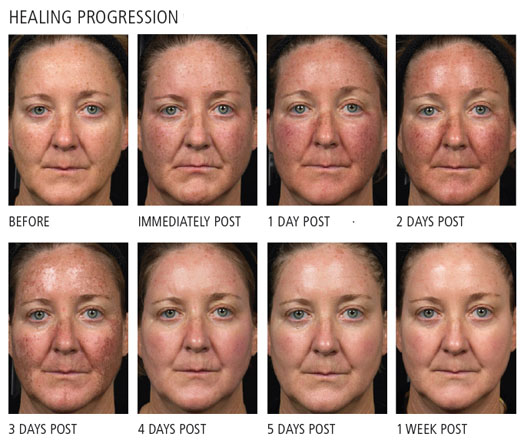 Is Fraxel Dual Resurfacing Right For Me?

Fraxel is effective for all Fitzpatrick skin types, textures, and tones. It is safe for healthy individuals, unless you are pregnant or breastfeeding. Schedule a complimentary consultation with the medical team at Viva Day Spa + Med Spa to find out if Fraxel is the best skin rejuvenation treatment for you.

What Body Areas Can You Treat With Laser Skin Resurfacing?

The most common treatment areas for skin resurfacing with Fraxel are the face, neck, chest, and hands.

What Are The Contraindications For Fraxel?

For your health and safety, Fraxel Dual laser treatments cannot be performed on pregnant or breastfeeding women. It is also contraindicated for patients with a history of vitiligo, scleroderma, collagen disorders, radiation treatment, skin cancer, psoriasis, and keloid formation. Patients who are currently undergoing or have had Accutane treatments within the past 12 months or have a predisposition to keloid formation or excessive scarring should not receive Fraxel treatments. No use of tetracycline, minocyline, doxycycline, or erythromycin taken in last month.

What's The Difference Between Fraxel Dual and Repair?

Viva Day Spa + Med Spa only offers the Fraxel Dual, which is the latest generation of Fraxel laser treatments. It delivers the efficacy of ablative lasers with the gentler benefits (less downtime, less discomfort) of non-ablative lasers.

The Fraxel Repair laser is a a fractional CO2 ablative or wounding laser that removes the outermost layer of epidermis. It is more intense, invasive skin resurfacing treatment that delivers fantastic results, with significant recovery downtime.

How To Care For Your Skin After Fraxel

Protect the investment in your skin and help it heal more quickly after Fraxel Dual with these post-care steps.

After your skin has completed the sloughing process, you can wear make-up and return to your normal skin care routine.

Find out if Fraxel is the best treatment option for your concerns and skin rejuvenation goals. Call (512) 300-2256 or complete our online consultation request form to schedule a complimentary consultation with our medical team.

Our medical team will assess you, discuss your desired results and develop a custom treatment plan. Our nurse practitioner or physician assistants will also review your medical history and current medications to clear you to receive advanced med spa treatments like Fraxel in Austin at Viva Day Spa + Med Spa.

Fraxel Laser Near Me in Austin, Texas 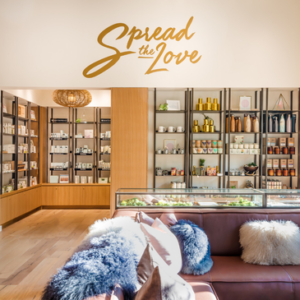